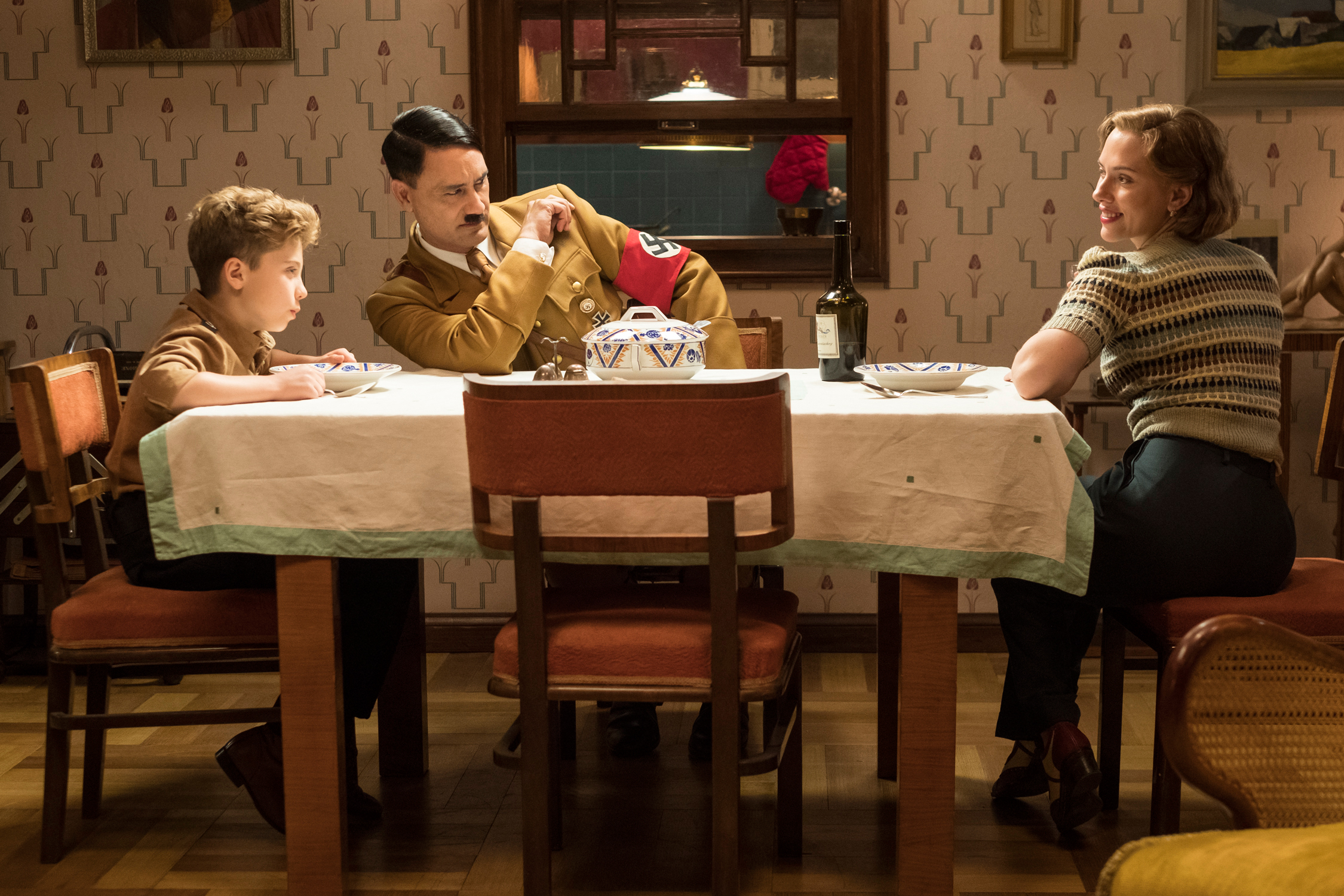 Loosely adapted from Christine Leunens novel, Caging Skies, JFI encourages Next Wavers to read (or listen) to the novel ahead of the screening of Jojo Rabbit, an anti-hate satire and winner of the 2019 Audience Award at the Toronto International Film Festival. Next Wavers are invited to join us for drinks and tapas in Novela's gorgeous Hemingway Room directly following the film to discuss the novel, unpack the film, and chat about how Waititi adapted the story for the big screen.

Doors open at 6:30pm at the AMC Metreon 16 in San Francisco. Film screening will begin at 7:00pm.

Located just around the corner from the Metreon, Novela, the chicest looking library you can drink in, boasts walls filled with beautifully chromatically classified books and delicious literary themed cocktails.

ABOUT THE FILM
Writer director Taika Waititi (THOR: RAGNAROK, HUNT FOR THE WILDERPEOPLE), brings his signature style of humor and pathos to his latest film - a World War II satire that follows a lonely German boy (Roman Griffin Davis as JoJo) whose world view is turned upside down when he discovers his single mother (Scarlett Johansson) is hiding a young Jewish girl (Thomasin McKenzie) in their attic. Aided only by his idiotic imaginary friend, Adolf Hitler (Taika Waititi), Jojo must confront his blind nationalism.

CO-PRESENTED BY THE JFCS HOLOCAUST CENTER