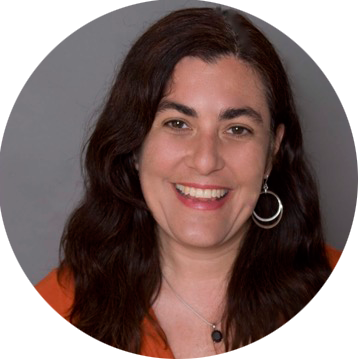 Lexi Leban joined the Jewish Film Institute as Executive Director in 2011. A longtime member of the Bay Area film community, Leban has over 20 years experience in all aspects of film, from production to distribution to exhibition. Prior to her appointment, she served as the Academic Director of the Digital Filmmaking & Video Production at the Art Institute of California and creator of their Bachelor's degree program. As a documentary filmmaker, Leban has directed award-winning films that focus on women's rights, criminal justice and LGBT issues. Her films have screened widely at festivals in the U.S. and abroad. Her most recent film, Girl Trouble aired nationally on the acclaimed PBS series Independent Lens and an interactive game based on the film debuted at Sundance. She served for 8 years in the marketing and web operation department at New Day Films, a 40 year old filmmaker-run educational distribution company with over 230 award-winning titles. She earned a BA degree in Political Science from Barnard College of Columbia University and an MFA in Cinema from San Francisco State University. 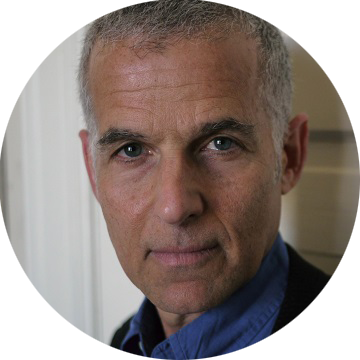 Jay Rosenblatt is an internationally recognized filmmaker whose work has received many awards. Eight of his films have been at the Sundance Film Festival and several of his films have shown on HBO/Cinemax, the Independent Film Channel and the Sundance Channel. Articles about his work have appeared in the Sunday NY Times Arts & Leisure section, the LA Times, the NY Times, Filmmaker magazine and the Village Voice. Jay is a recipient of a Guggenheim, a USA Artists grant and a Rockefeller Fellowship. He has served on numerous festival juries throughout the world including the International Documentary Festival Amsterdam (IDFA) and the Tampere Film Festival in Finland. In 2002, he co-produced and curated the 9/11 program "Underground Zero" which was named one of the Ten Best Films in 2002 by the San Francisco Chronicle. In 2005, Jay received the inaugural Freedom of Expression Award from the San Francisco Jewish Film Festival. In 2022, Jay's film When We Were Bullies was nominated for the Academy Award in Best Documentary - Short Subject. 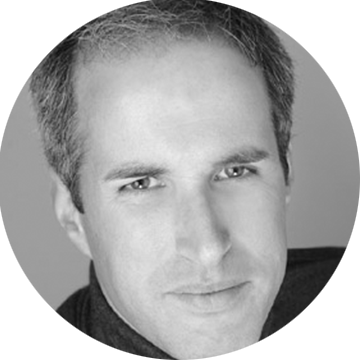 With more than 25 years of experience in executive and educational leadership, and over 30 years
as a local stage performer, Lawrence Ewing provides a unique combination of business acumen,
educational mentorship, and creativity with a proven track record of successful strategic
collaboration, consensus building, and motivation. Lawrence is passionate about education, good
process, and working to create and support organizational cultures of learning, giving, and
meaningful engagement. Before joining JFI, Lawrence served as Executive Director of Marin Ballet from 2003-2021. Prior to that, he was Executive Director and a principal performer at Dance Through Time from 1990-2002. Lawrence moved to San Francisco in 1987 to teach mathematics and foreign language at several Independent Schools, including San Francisco Day School, University High School, and Urban School. Lawrence has also been a Principal Performer with Lamplighters since 1989, earning numerous award nominations for some of his favorite roles. Lawrence received his B.A., cum laude, from Middlebury College. 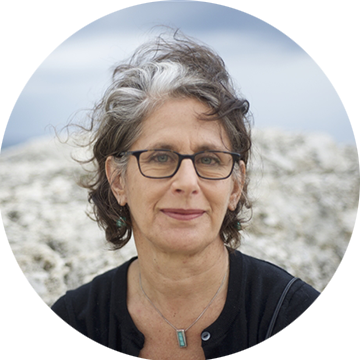 Marcia Jarmel is a long-standing member of the Bay Area documentary filmmaking community. She co-founded PatchWorks Films with husband-collaborator Ken Schneider in 1994 and has been producing, directing, and managing impact for their slate of award-winning films ever since. Together they’ve produced five feature documentaries and many shorts—the latest, a PBS film nominated for Best Music Documentary by the International Documentary Association and awarded Best Documentary at the Woodstock Film Festival, Los Hermanos/The Brothers. Their films The Return of Sarah's Daughters and Havana Curveball both premiered at the San Francisco Jewish Film Festival. Marcia's work has been funded by public broadcasting's Independent Televisions Service (ITVS), Latino Public Broadcasting (LPB), and the Center for Asian American Media (CAAM). Marcia has taught both undergrad and graduate film courses at NYU and Chapman University and been honored with residencies with Working Films, the Fledgling Fund, SFFilm, the Kopkind Colony, and BAVC Media Maker. She has served as a juror for the Emmys, BAVC MediaMaker, and many film festivals. Information on her work can be found at patchworksfilms.net. 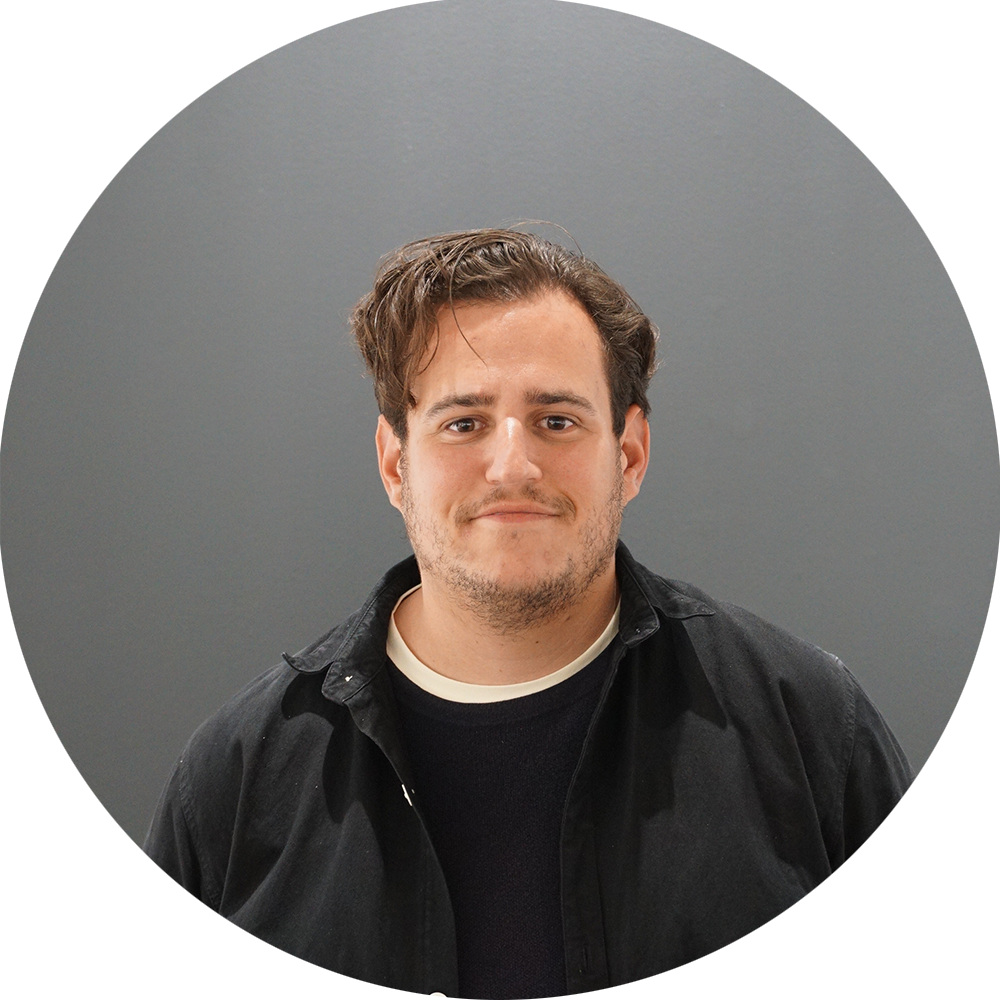 Nate Gellman is a communication, branding, and development professional with years of experience in the San Francisco Bay Area's nonprofit arts and Jewish communities. Nate joined JFI as an intern in 2014 for the 34th San Francisco Jewish Film Festival and was the Marketing & Communications Manager through 2018. He most recently served as Communications Manager at McEvoy Foundation for the Arts in San Francisco, where he developed public relations and engagement campaigns for McEvoy Arts' interdisciplinary exhibitions and events in the visual arts, film, literature, and performance. During that time Nate served on JFI's Board of Directors before rejoining the organization in 2021 as the Director of Development and Communications. Originally from Los Angeles, Nate graduated from Bard College, NY with a degree in Languages & Literature. When not engaging with JFI's diverse community of filmmakers and film lovers, he can be found attending film screenings, art openings, concerts, or cycling throughout the Bay Area. 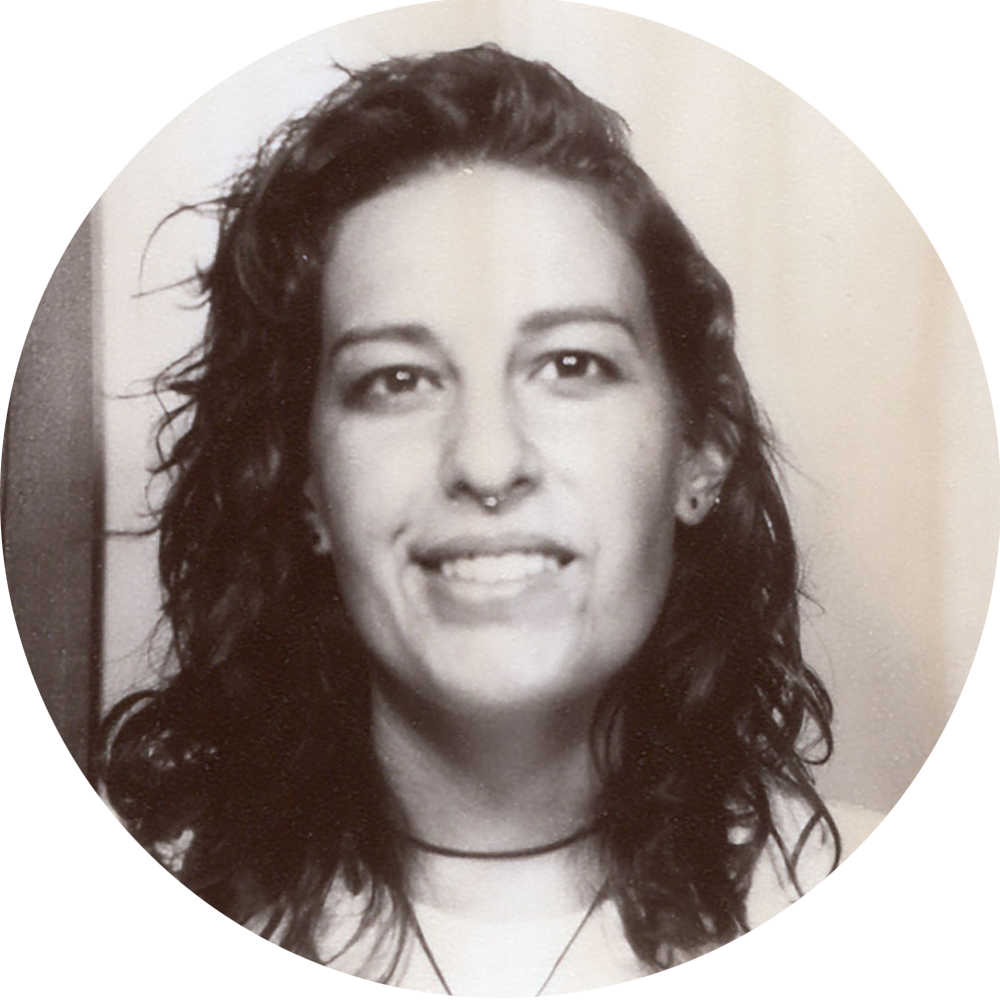 Dominique Oneil is a film programmer and curator based in San Francisco. In addition to their work at JFI, they have contributed to the programming at Palm Springs ShortFest, SF Doc Fest, Frameline, and the Mill Valley Film Festival. Previously, they've worked in various capacities at Sundance Film Festival, SFFILM, and the Seattle International Film Festival. Dominique served on the 2022 Slamdance Shorts Jury and was a Fellow of the 2021 Film Festival Alliance + Full Spectrum Features Leadership Lab. 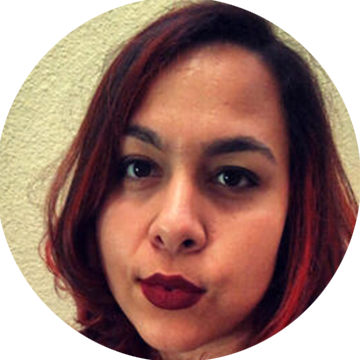 Rebecca Pierce is a writer and filmmaker based in San Francisco. With works ranging from documentary films and political essays to sketch comedy, Rebecca's multimedia storytelling covers diverse topics related to politics, culture, and social justice. An alumna of UC Santa Cruz's Film and Digital Media program, Rebecca was a 2021 JFI Filmmaker in Residence and a 2019-2020 Affiliate Fellow at Harvard Divinity School's Religion, Conflict, and Peace Initiative. Her writing has been published in Jewish Currents, The Nation, The New Republic, The Jewish Daily Forward, +972, and produced by San Francisco's Killing My Lobster sketch comedy theater company. 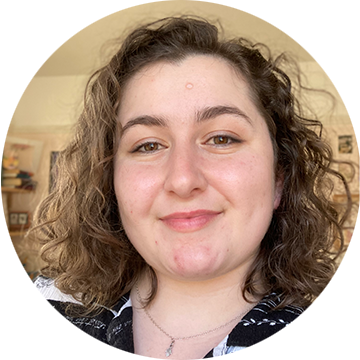 A life-long East Bay resident, Emma has worked in the Bay Area Jewish community for the past three years, first as a creative educator at the Edah afterschool program in Berkeley and San Francisco, then as a synagogue administrator at Congregation Netivot Shalom in Berkeley, and now as JFI’s development coordinator. She studied Sociology and Religious Studies at Occidental College, graduating with academic honors in 2019. Interested in both the artistic and the analytical, Emma enjoys working in a creative organization in a data-oriented role. Creative expression is central in her life; she spends most of her freetime drawing, painting, or writing songs. Her love of learning extends to songwriting workshops, voice lessons, and Yiddish classes. Emma’s experience with filmmaking has mostly revolved around creating home movies when she was a kid, so she is excited to be learning more about Jewish film and the community that supports it. 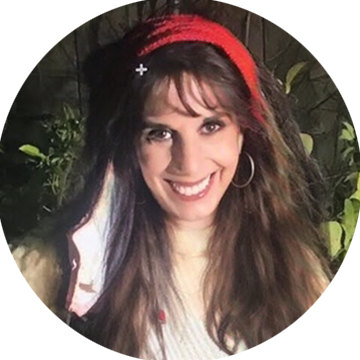 A veteran of the filmmaking community in the Bay Area and Los Angeles, Claudia Finkle, brings her
expertise and enthusiasm to the Jewish Film Institute. After graduating from the Art Institute in San Francisco Claudia went on to edit over 20 feature-length narrative and documentary films. Claudia has served on the Board of American Cinema Editors and Women In Film. When not watching films you will find Claudia dancing to the beat of the clave in Cuban music.