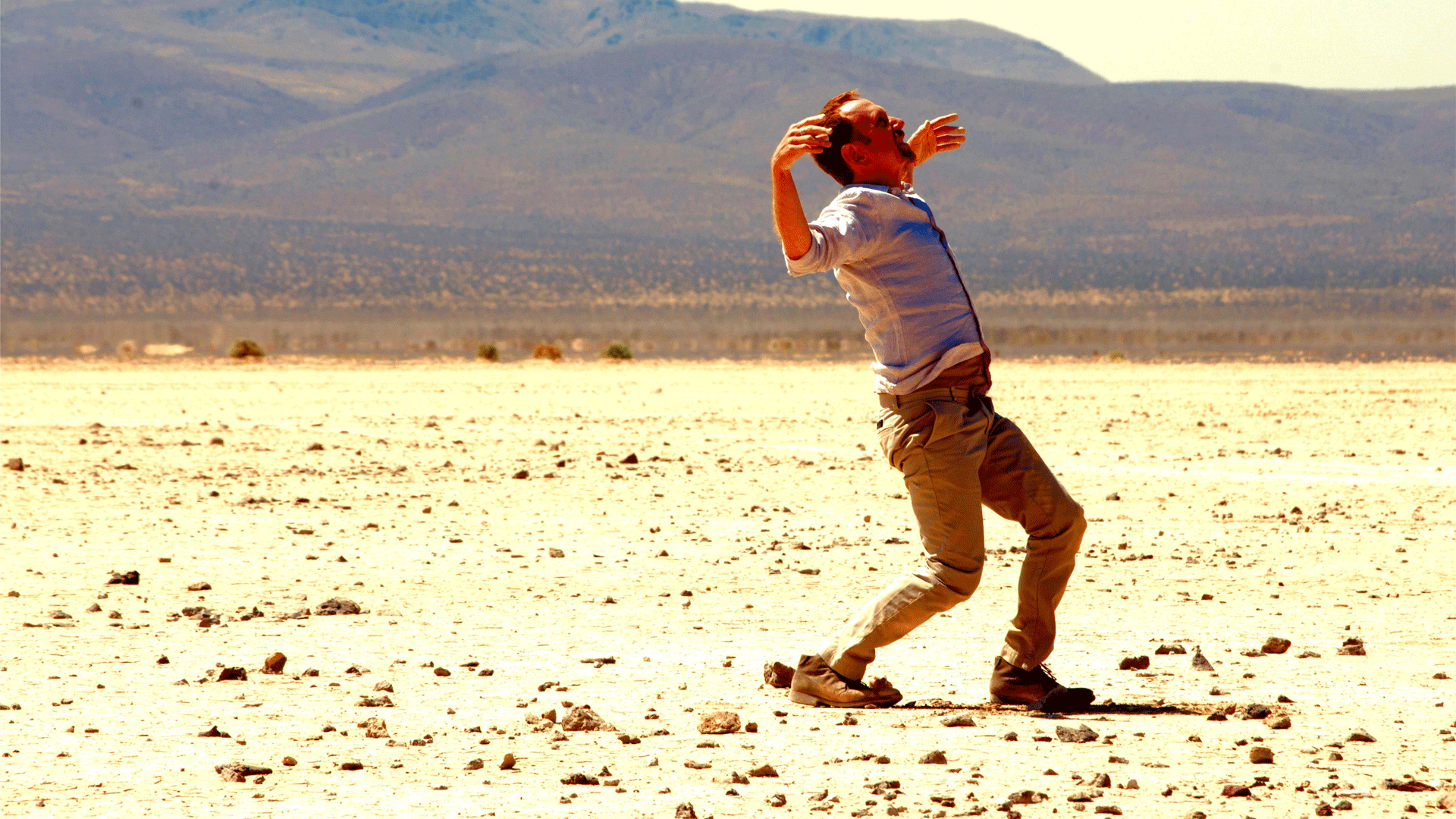 "It's complicated." From that honest, ironic, understated opening line of Wrestling Jerusalem through its hopeful conclusion, Aaron Davidman takes us on a whirlwind journey that captures the competing narratives swirling around the Israeli/Palestinian conflict. Bay Area local Davidman embodies 17 characters whose stories reflect multiple perspectives. It's easy to forget that you are watching one man as he moves deftly from male to female, Palestinian to Israeli, American to European. The touchstone in these shifting voices is the character Aaron, an American Jew whose desire to understand and empathize makes him an excellent tour guide. Originally a play written and performed by Davidman, Wrestling Jerusalem garnered excellent reviews and sold-out performances. Deftly directed by Dylan Kussman, the film is masterfully shot, as scenes switch seamlessly from a backstage dressing room, a live performance filmed in San Francisco and the stark evocative expanse of the desert. A simple backdrop and handful of props are all Davidman needs to conjure cafes, buses and settlements as well as the stories they contain. Regardless of your views, you will find them in this work. But, as you let the film unfold, you will recognize the humanity in each character and leave the theater much richer for the experience. Complicated? Definitely. Captivating and unforgettable? Without a doubt.

Aaron Davidman is a writer, actor, director and producer. He is drawn to stories of ethnic history and cultural complexity that challenge our assumptions of the "other". Aaron served as Artistic Director of Traveling Jewish Theatre from 2002-2011. His play WRESTLING JERUSALEM, a solo performance about the Israel/Palestine story, is touring internationally and has been made into a feature film. Aaron received his theatrical training at Carnegie Mellon University, earned a BA from the University of Michigan and an MFA in creative writing/playwriting from San Francisco State University. He was a recipient of the TIKKUN Award in 2016.

Tickets are now on sale for the Jewish Film Institute's presentation of Wrestling Jerusalem on Friday, February 3 at the Alamo Drafthouse New Mission Theater in San Francisco, followed by an onstage, live-streamed conversation with the film's creator Aaron Davidman and KQED Forum's host Michael Krasny. This event kicks off JFI's 'Talk Amongst Yourselves', film and conversation series with Independent Television Service (ITVS) to deepen understanding of Jewish culture and identity through film, media and dialogue.

The live-streamed conversation - the first of four in the series - begins at 12:30PM and follows a 10:30AM screening of Wrestling Jerusalem at the Alamo Drafthouse where Davidman and Krasny will be taking questions from online and in-theater audiences. This will be the kick-off event for the film's national theatrical tour.