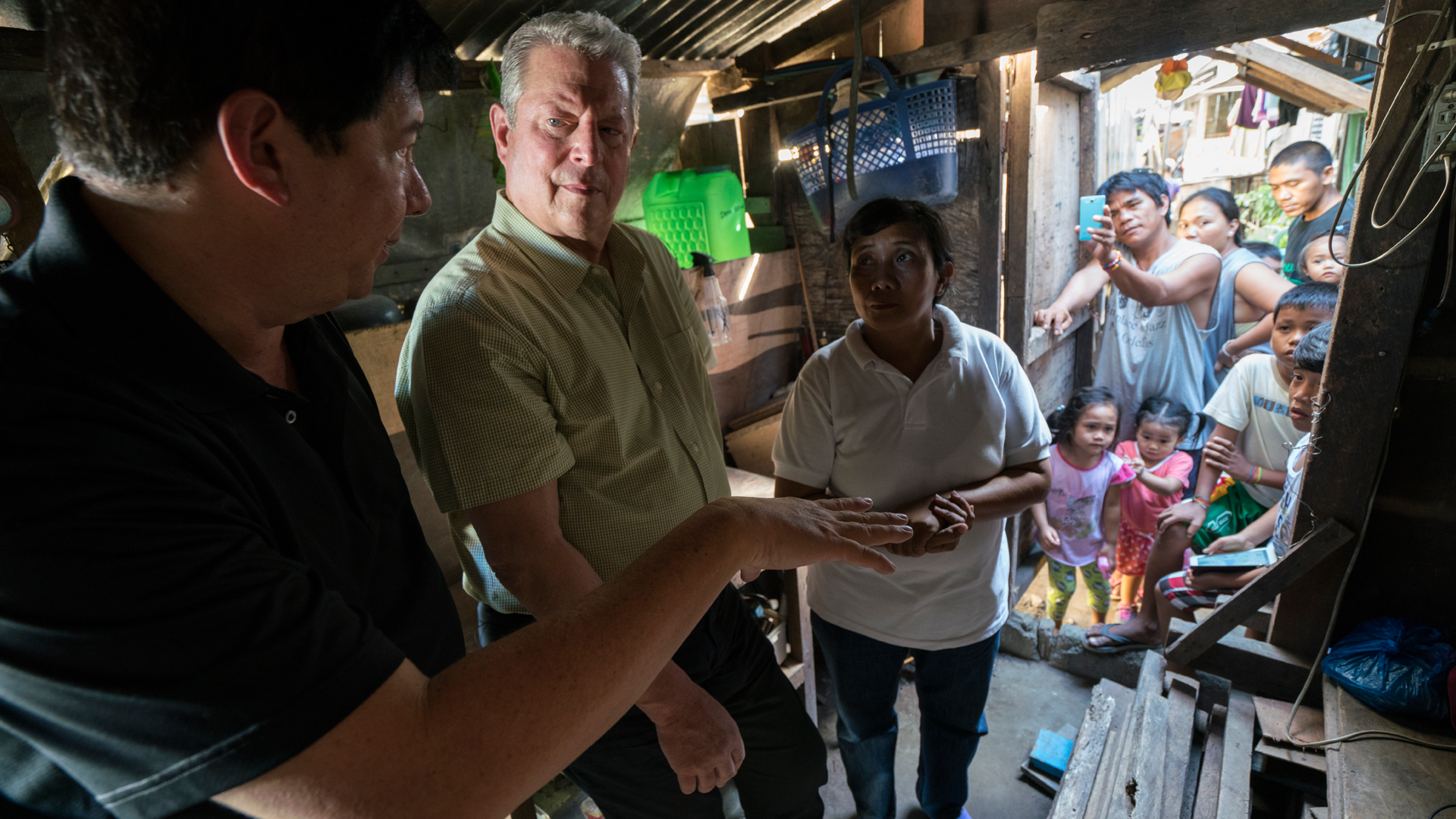 While many sequels do not live up to their predecessors, the inspiring and riveting An Inconvenient Sequel: Truth to Power is a rare exception. A decade ago, former Vice President Al Gore in An Inconvenient Truth sounded the alarm, broke through some of the denial and helped shift the paradigm regarding global warming. The mission is not yet accomplished, and the message is no less urgent. Fourteen of the fifteen hottest years in recorded history have occurred since 2001. Now local filmmaking treasures Bonni Cohen and Jon Shenk (Audrie and Daisy, SFJFF 2016) follow Gore as he continues his efforts to inform the human inhabitants of this planet about the catastrophic consequences of climate change. This cinematic tour de force opens with breathtaking images of Greenland's ice sheets melting while we hear climate deniers criticizing the first film. Gore continues his tireless fight traveling around the world training an army of climate champions and influencing international climate policy. Cameras follow him behind the scenes - in moments both private and public, funny and poignant. Along this journey we learn of the growing feasibility of renewable energy and watch as Gore helps overcome a key stumbling block to the 2015 Paris climate agreement. While the stakes have never been higher, the perils of climate change can be overcome with human ingenuity and passion. –Jay Rosenblatt

Sponsored by Susan and Jay Mall