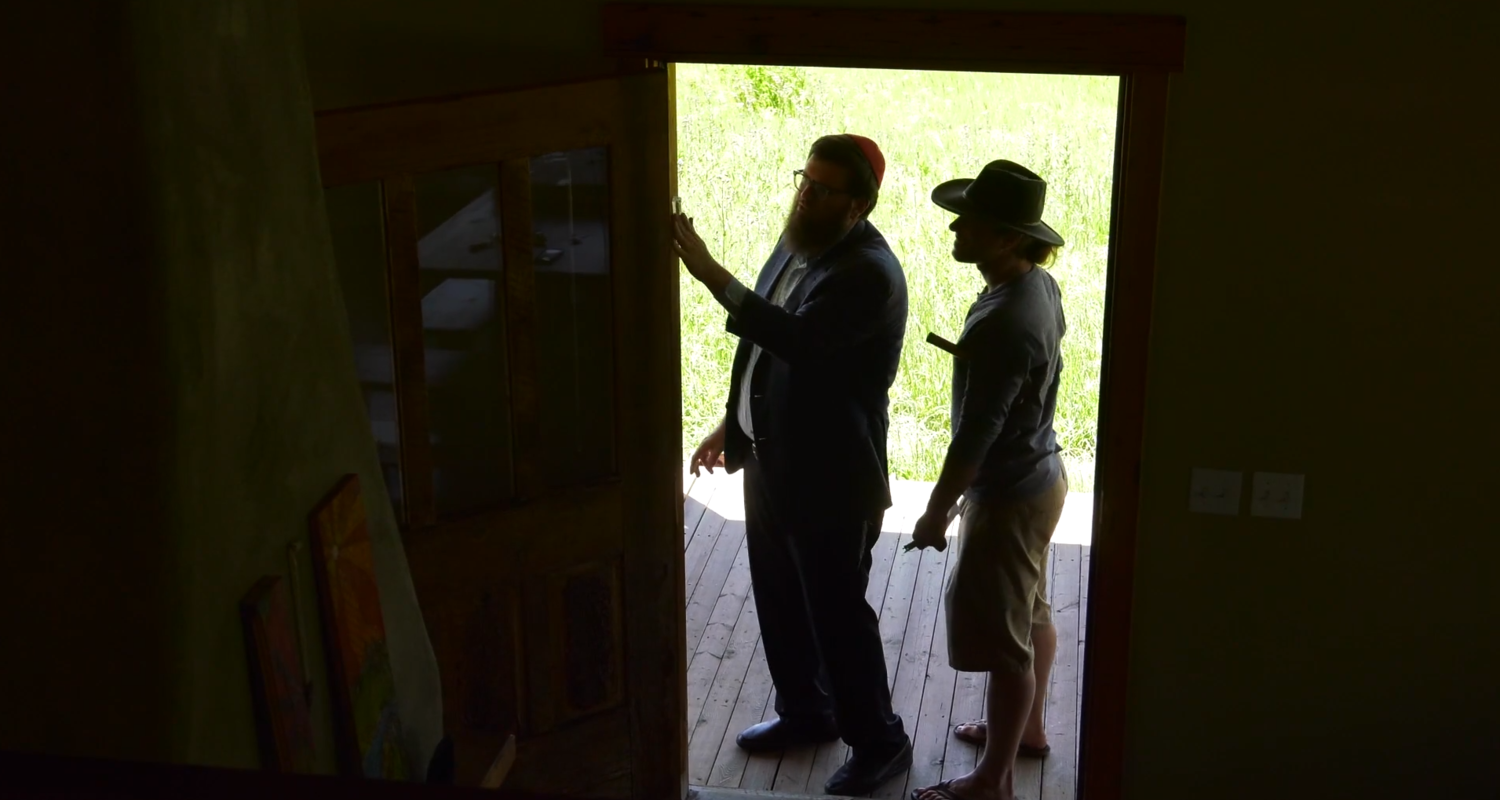 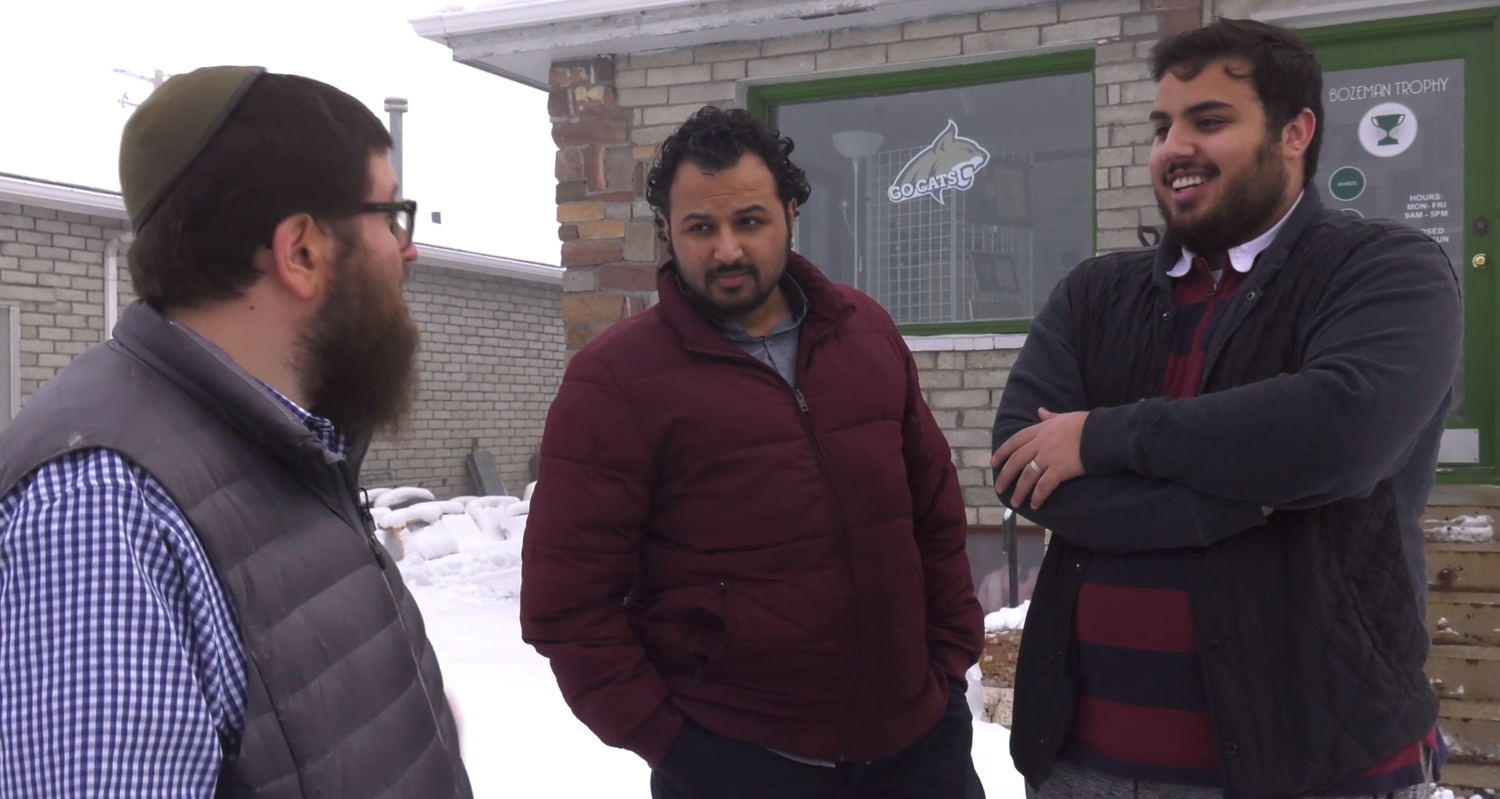 One can encounter a Chabad rabbi almost anywhere as this branch of Orthodox Judaism has opened centers in over 100 countries around the world touching every continent other than Antarctica. However, it is still rare to encounter one on horseback or at the shooting range. Nevertheless, as we learn in the documentary The Rabbi Goes West, Chaim Bruk and his wife, Chavie, have made it their goal to adapt to their new home of Montana and embrace its particular form of the American Dream. While some of their co-religionists welcome their arrival, several leaders in Montana's small Jewish community are disquieted by some of Chaim's actions, which they decry as opportunistic and missionary in nature. They are also challenged by his Bible-based religious philosophy as well as the Chabad practice of limiting the role of women as spiritual leaders. At the same time, Chaim and Chavie clearly have forged connections with Jews who haven't felt welcome in other congregational environments. The directors of the film, Gerald Peary and Amy Geller, liberal secular Jews themselves, set out to ask the question of whether or not people from diverse walks of life can engage with an open heart with those who seem their political and religious polar opposites? Meet the Bruks and decide for yourself. - Mark Valentine

Gearald Peary is the director-writer of two acclaimed feature documentaries, FOR THE LOVE OF MOVIES: THE STORY OF AMERICAN FILM CRITICISM (2009) and ARCHIE'S BETTY (2015), both of which played at film festivals, museums, universities, and were televised on the Documentary Channel and WGBH-Boston. He was a film studies professor at Suffolk University, a veteran film critic for THE BOSTON PHOENIX, and acted in the 2013 feature film, COMPUTER CHESS, which premiered at Sundance. Currently, he writes reviews for the website, THE ARTS FUSE, and is the programmer of the Boston University Cinematheque.

Amy Geller is a long-time producer whose credits include: thePBS/BBC broadcast docudrama MURDER AT HARVARD(2003), the Sundance Institute-supported narrative STAY UNTIL TOMORROW (2005), the four-hour PBSmini-series, THE WAR THAT MADE AMERICA (2006), and the documentary feature, FOR THE LOVE OF MOVIES: THE STORY OF AMERICAN FILM CRITICISM (2009). From 2012-2014, Geller served as the Artistic Director of the Boston Jewish Film Festival, where she received a young Jewish leadership award. Her feature-length directorial debut THE GUYS NEXT DOOR (2016),co-directed by Allie Humenuk, has won jury prizes and audience awards at film festivals across the country. She currently teaches production classes at Boston University.

All screenings are free and open to the public. Tickets still required. Use code GOWEST39