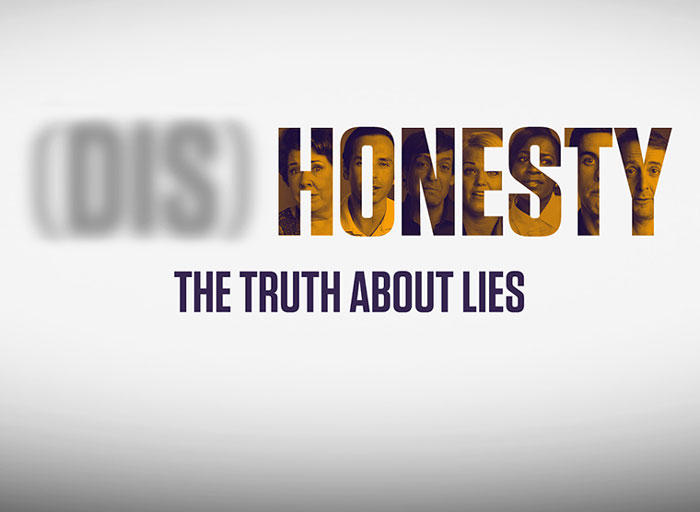 Lying gets easier the more you do it-that is, until you get caught. And it turns out we all lie a lot more than we think, as Duke University professor and "dishonesty guru" Dan Ariely has discovered through his behavioural research, which also suggests that lying to ourselves and others can have major consequences for society at large. In Ariely's illuminating workshops, we discover that it's not always the larger lies that can have dire consequences-it's also the little white ones. His "fudge factor" theory looks at how we can justify our lies according to what might be considered "morally acceptable." From marketing scams to financial corruption, doping in sports to affairs of the heart, (Dis)Honesty delves into a considerable underside of human nature. Filmmaker Yael Melamede creates a fascinating and insightful inquiry into why people lie and its very real effects on both a personal and economic level. - Hot Docs International Documentary Festival