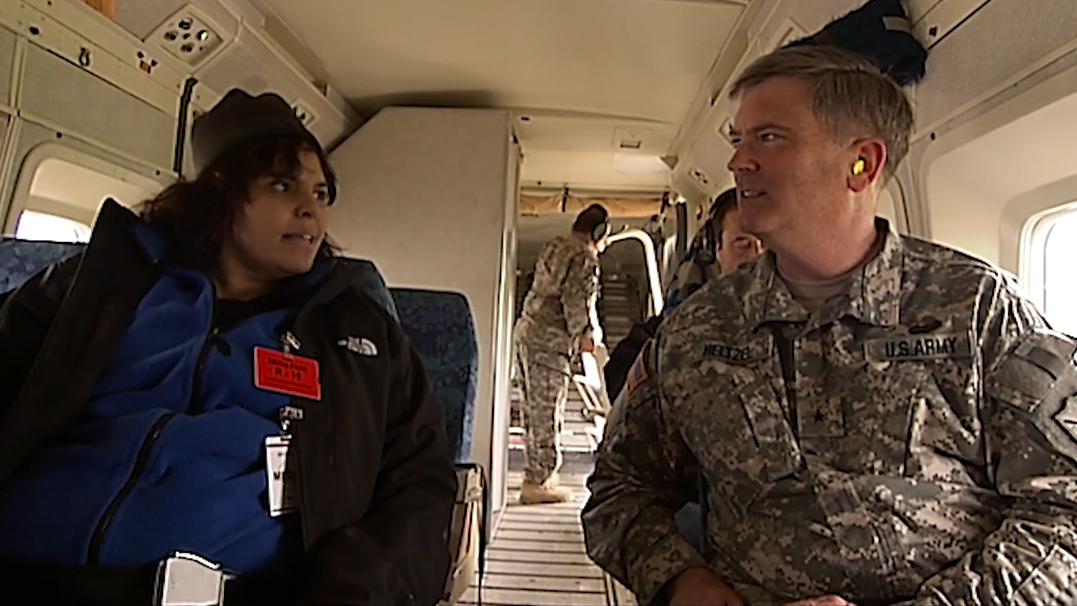 Judith Helfand is a force of nature. Singularly gifted as an artist/activist she is seemingly able to condense complex science, corporate greed and environmental injustice into highly personal films that entertain as well as inform. "When you get hurt by toxic exposure,' Judith Helfand says, 'it hurts you at home, it hurts you in your relationships, it hurts you in a way that forces you to give language to things you never would have given language to before." Judith got hurt too. In Healthy Baby Girl (SFJFF 1997), Judith reveals her exposure in-utero to the drug diethylstilbestrol (DES), offered to her mother to prevent miscarriage. Twenty-five years later Helfand was diagnosed with DES-related cervical cancer and had a radical hysterectomy. While healing at her parents' home her camera became her diary. The film was a sensation, launched at the Sundance Film Festival, it had a national PBS broadcast and won a prestigious Peabody Award, the journalistic equivalent of an Oscar. In 1997 the SF Jewish Film Festival featured this story of a young Jewish woman who, while coming to terms with loss was awakened to political activism. The stage was set for a film career devoted to environmental toxins, with a special Helfand twist: the toxic comedy. Judith returned to the Castro Theatre with Blue Vinyl (SFJFF 2001) and an action plan. Skeptical of her parents' decision to "re-side" their Long Island home with polyvinyl chloride (PVC), Judith set out to discover the truth behind the potentially toxic effects of vinyl. Keeping herself as a character in the story made the film accessible, haimish, and funny - an intergenerational call to action. In San Francisco she organized a special interfaith workshop for those involved in planning, designing and construction of new buildings. Her film had an immediate impact on the future home of the SF JFF as we turned our attention to the use of non-toxic materials for our new 9th Street offices. There is no question that Judith's activism goes hand-in-hand with her filmmaking. She Co-Founded WORKING FILMS a non-profit that mentors' filmmakers, NGO's and Foundations on the use of documentaries for social change. Her ties to San Francisco remain deep as the Co-Founder of CHICKEN AND EGG PICTURES a much-needed source of funding to women filmmakers whose artful and innovative storytelling catalyze social change. - Janis Plotkin

2019 Freedom of Expression Award winning documentary filmmaker Judith Helfand is a brilliant storyteller and astute observer of the complicated relationship between economics, the environment and democracy. In Cooked, Helfand (A Healthy Baby Girl, SFJFF 1997; Blue Vinyl, SFJFF 2001) brings her disarmingly quirky style of inquiry and razor-sharp narrative to the complex intersection between disaster and privilege. The film opens with New York flooding during Hurricane Sandy and Judith retreating to the Westchester apartment of her mother-who diligently checks on the neighbors on her floor. As Judith reads about disasters, she learns about the 1995 Chicago heat wave, which killed 739 denizens of that city, largely based on poverty and lack of access to air conditioners. Helfand dives into Eric Klinenberg's book Heat Wave: A Social Autopsy of Disaster in Chicago and the bizarre world and industry of disaster preparedness. Klinenberg analyzed a list of the Chicago heat wave victims by address and zip code and came to the scathing conclusion that most of the victims died of a toxic mix of poverty and heat. As in many of Helfand's award winning films, what starts as a simple little seed of a query: Who can afford to survive a disaster? leads us through the quasi rhizomic web of her intellect to much larger, interconnected questions: What if we allocated an equal amount of our nation's resources toward unnatural disasters like urban blight and unemployment? What if we checked on our neighbors battered by the tempest of poverty with the same love and tenacity with which Judith's mother checked on her neighbors during a hurricane? - Nancy K. Fishman

Judith Helfand is best known for her ability to take the dark worlds of chemical exposure, heedless corporate behavior and environmental injustice and make them personal, highly-charged and entertaining. Her films include T​he Uprising of '34​, the Sundance award winning and 2x Emmy nominated B​ lue Vinyl,​ its Peabody Award-winning prequel A​ Healthy Baby Girl​, and ​Everything's Cool​. Three of those premiered at the Sundance Film Festival, with national broadcasts on PBS (POV), HBO and The Sundance Channel. A committed field-builder and educator, Helfand co-founded Working Films​ in 1999 and​ ​Chicken & Egg Pictures​ in 2005.

Preceded by Absolutely No Spitting