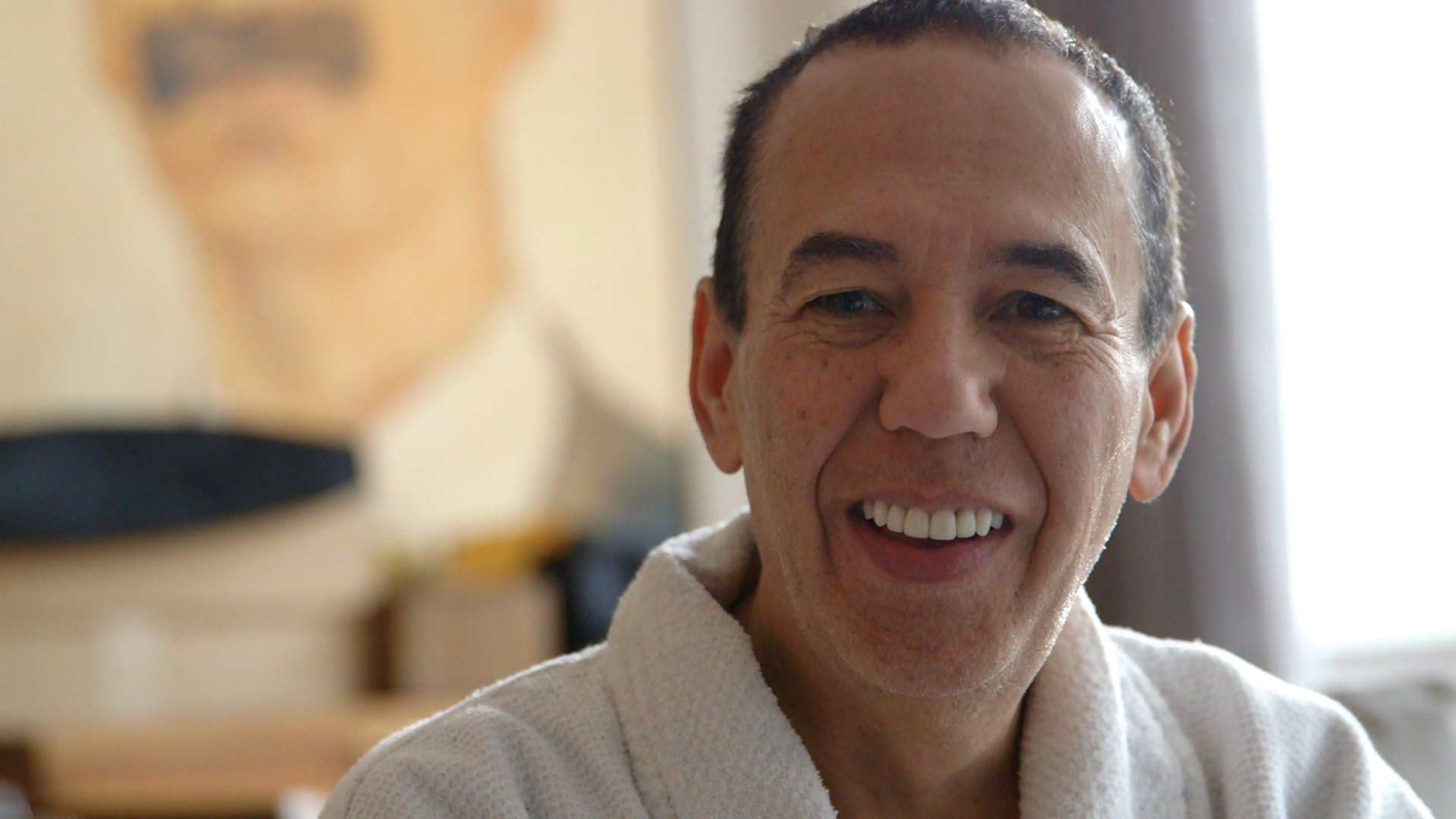 If you think you know Gilbert Gottfried, the brash, shrill-voiced (“Aflac!”) comic, think again. In this candid documentary portrait, we discover the foul-mouthed comedian in a whole new light as a loving husband and father of two young children. With behind-the-scenes glimpses of Gottfried’s performances and quiet moments in his stylish NYC home, we find him to be a talented and shy man able to use his great gift of humor to overcome life’s obstacles. Gottfried was fired as the voice of the Aflac Insurance mascot after tweeting controversial jokes following the Japanese tsunami disaster in 2011. His older sister, a gifted photographer, was recently diagnosed with stage four cancer. Even at a St. Jude’s fundraiser for children’s cancer research where parents share their mournful stories, Gottfried’s humor still manages to win over the crowd. Granted all-access to Gottfried’s home life by permission from his wife Dara, director Neil Berkeley’s camera observes the funny man often at his most vulnerable, reflecting on the love of his Jewish parents, Lilly and Max, whom his children are named after, and the unexpected role of family man he now finds himself in late in life. Featuring interviews with fellow comics like Whoopi Goldberg and Howie Mandel, Gilbert shines in its ability to separate the man from the act, and what emerges is unexpectedly tender. —Joshua Moore