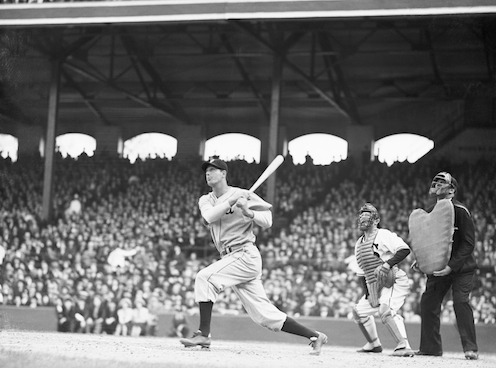 Watch FOR FREE On Tubi Now!

Not particularly known in the United States for their athletic prowess, Jews have surprisingly excelled in the most American of sports: baseball. Jews and Baseball: An American Love Story, gamely narrated by Dustin Hoffman, celebrates the contributions of Jewish major leaguers and the special meaning that baseball has had in the lives of American Jews. Whether you are from the Hank Greenberg era, a Sandy Koufax fan or just following the current crop of Jewish ballplayers (like Kevin Youkilis), there is much to enjoy in this thoroughly entertaining film. The pride these players felt in their heritage and for their sport is contagious. More than a film about sports, it is a story of immigration, assimilation, bigotry and the shattering of stereotypes. An articulate and passionate group of interviewees includes former ballplayers Al Rosen and Sandy Koufax (consenting to a rare interview) as well as executives, writers and especially fans, including filmmaker Ron Howard and television personality Larry King. Take yourself out to the ballgame (and bring someone along): if you loved The Life and Times of Hank Greenberg, you’re going to love Jews and Baseball: An American Love Story.

Featured in JFI's The Cinegogue Sessions Vol. 1 - Take Me *In* To The Ballgame