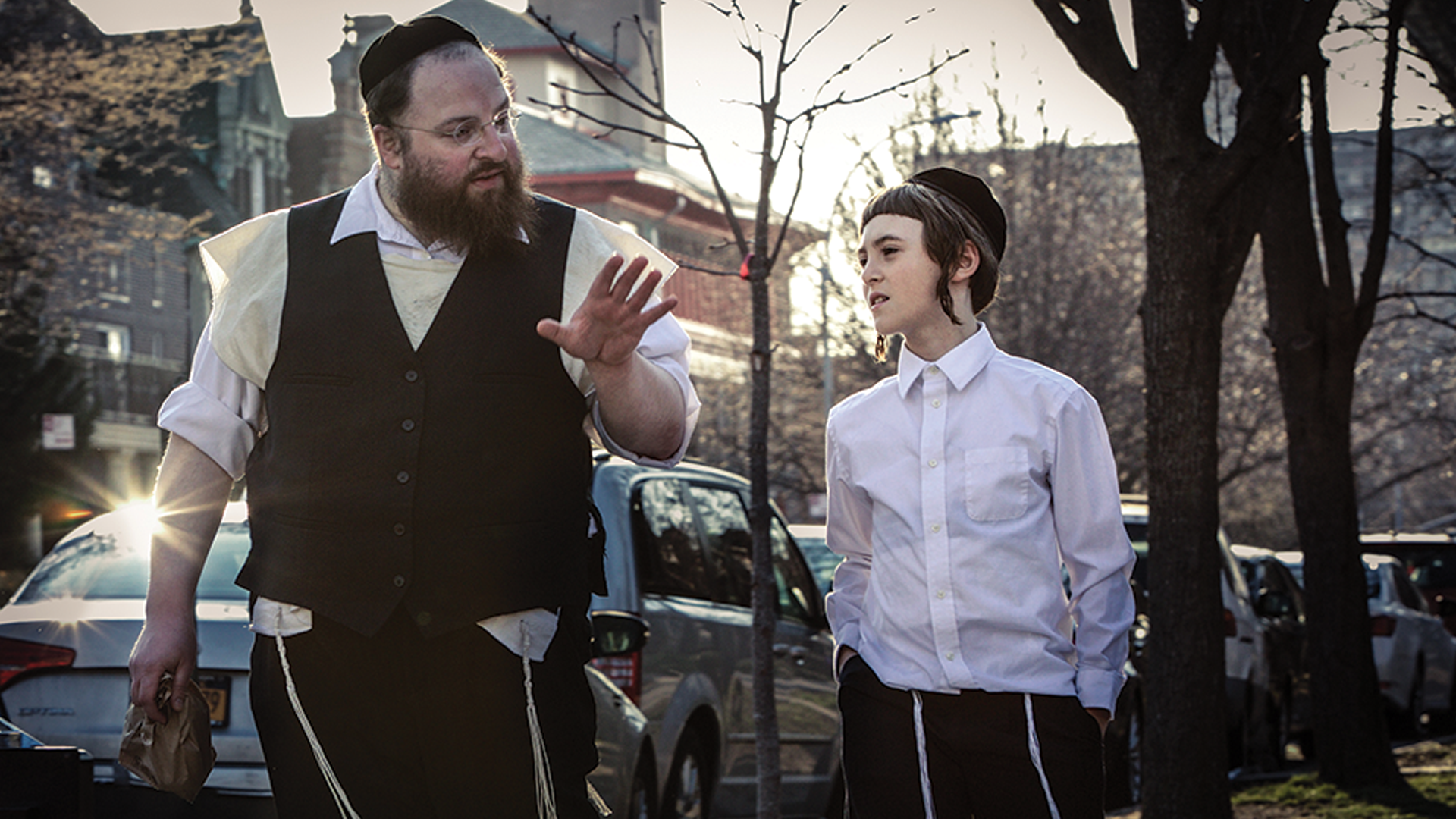 Joshua Z. Weinstein’s Brooklyn-based Yiddish drama is an authentic, tightly written, compelling story for anyone jonesing to hear more than a bisl (little bit) of the mamaloshen (mother tongue). Menashe, a complex and lovable schlemiel, is a young widower fighting to retain custody of his son deep in the heart of New York’s ultra-Orthodox Hasidic Jewish community. Menashe has got serious tsuris (trouble); he suffers from a conflict between his community’s values and his aversion to marrying again. The rabbi believes that children should not be raised without a mother and won’t allow Menashe’s young son Rieven to live with him. Rieven lives with his aunt and his uncle Eizik, who is everything that Menashe is not: successful, confident and unwavering in his relationship to his orthodoxy. Rieven is instinctively drawn to his father, but is on the cusp of a consciousness that reveals his unlucky, scattered tateh (father), warts and all. When Rieven spends time with Menashe, the awkward, stocky dad and the curious, playful boy fight but also blossom in their relationship. Menashe is a seamless production, made almost entirely in Yiddish, and a stunning, heartfelt portrait of a man caught between his love for his son and his struggle with the expectations of their close-knit community. —Nancy Fishman