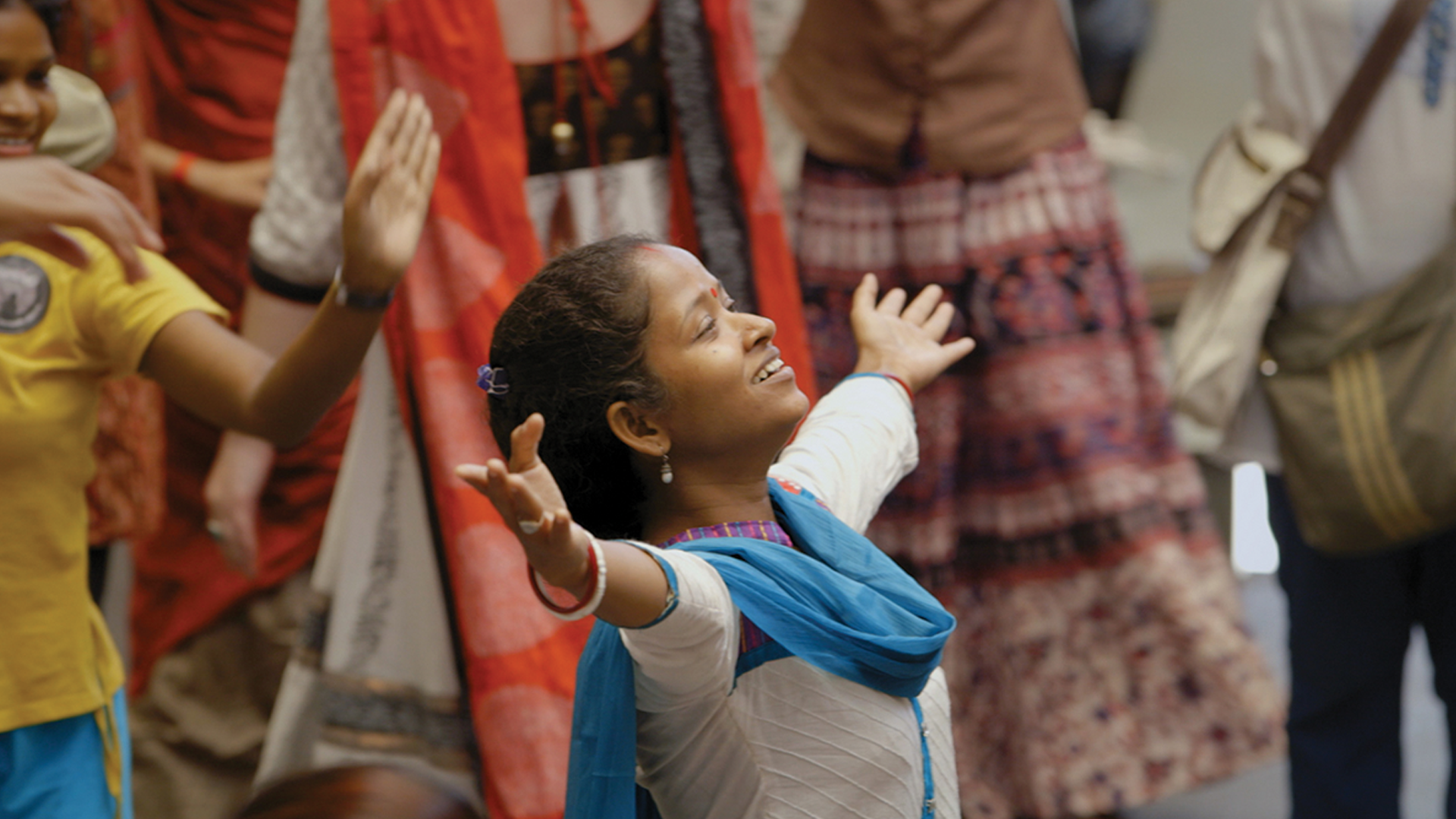 This inspiring documentary takes its title from U.S. suffragist Alice Paul’s comment, “The movement is a sort of mosaic. Each of us puts in one little stone.” Filmmaker Sophia Kruz profiles four women artists, each using her own experience and talent to help construct the mosaic for women around the world in original, creative ways. A Brazilian graffiti artist leverages her position as one of the few women in this field to create street art that speaks against domestic violence. A Senegalese hip-hop musician educates young women about the perils of the genital mutilation she herself experienced. Despite her own classic training, a dancer in India develops a program of contemporary movement therapy to begin to heal victims of sex trafficking without using words. And a young American fashion designer provides training and tools to enable poor Kenyan women to make a living by sewing clothes, for which she finds high-end markets in the U.S. As these women help others, they acknowledge the drawbacks and challenges: a broken marriage, time away from a child, the lack of opportunity for a romantic life, being taken advantage of by a greedy manager. For now though, none of these creative, courageous and committed women would want things any other way. —Sara L. Rubin