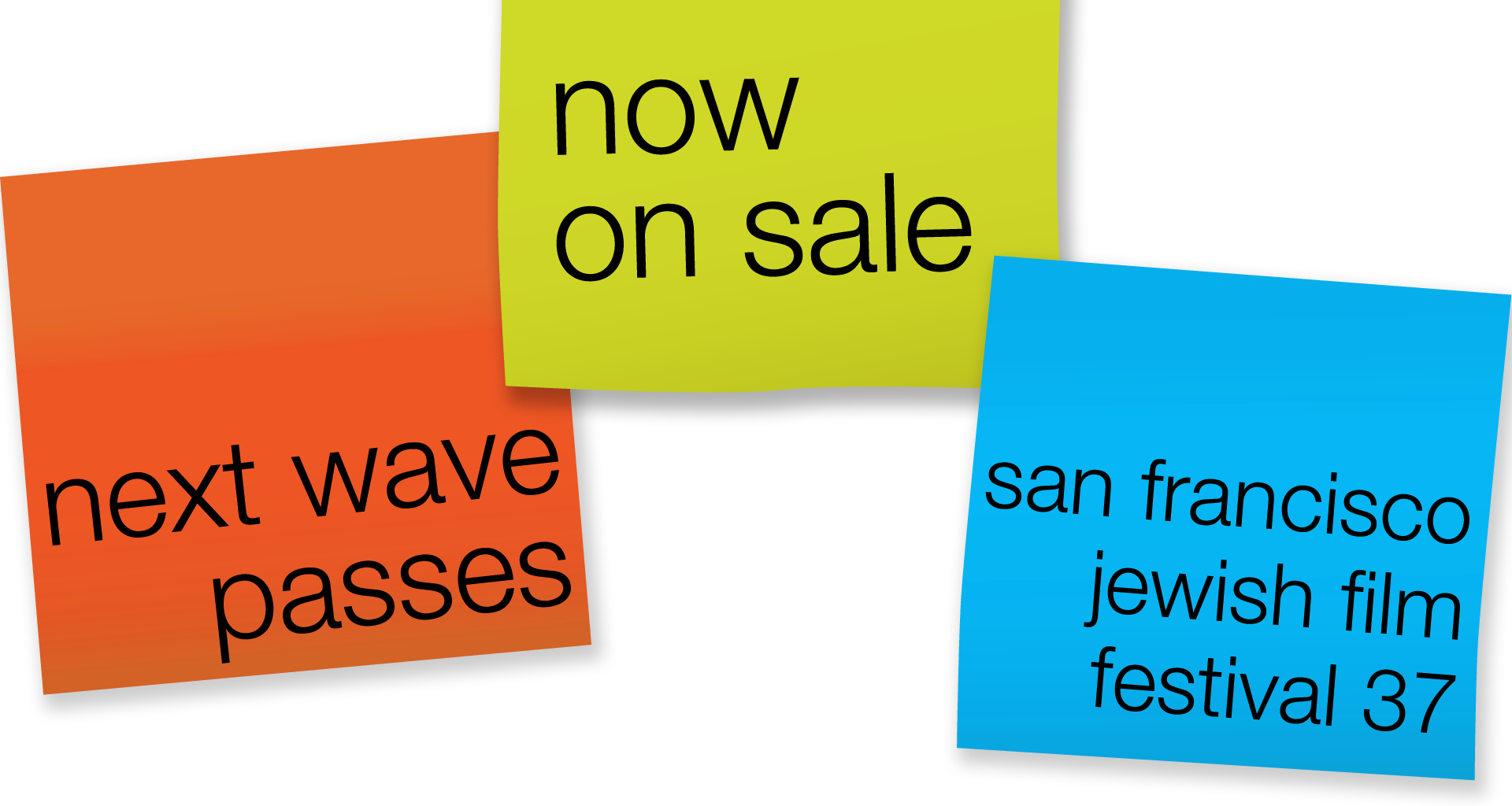 Film lovers ages 35 and under enjoy special programs and events PLUS all the privileges of a JFI membership for just $35 a year. The Next Wave Pass lets you fest with flexibility and gives you access to all shows at all theatres. Get your pass now - prices will increase by $5 on June 20. We will release our full program on June 20, 2017.

The San Francisco Jewish Film Festival (SFJFF), presented by the Jewish Film Institute, is the largest and longest-running festival of its kind and a leader in the curation and presentation of new film and media exploring the complexities of Jewish life around the world. SFJFF attracts more than 40,000 filmgoers and industry professionals to its annual three weeks of inspiring films, engaging events, insightful panels and unexpected parties. Screenings take place at the historic Castro theatre in San Francisco and venues throughout the Bay Area during July and August.