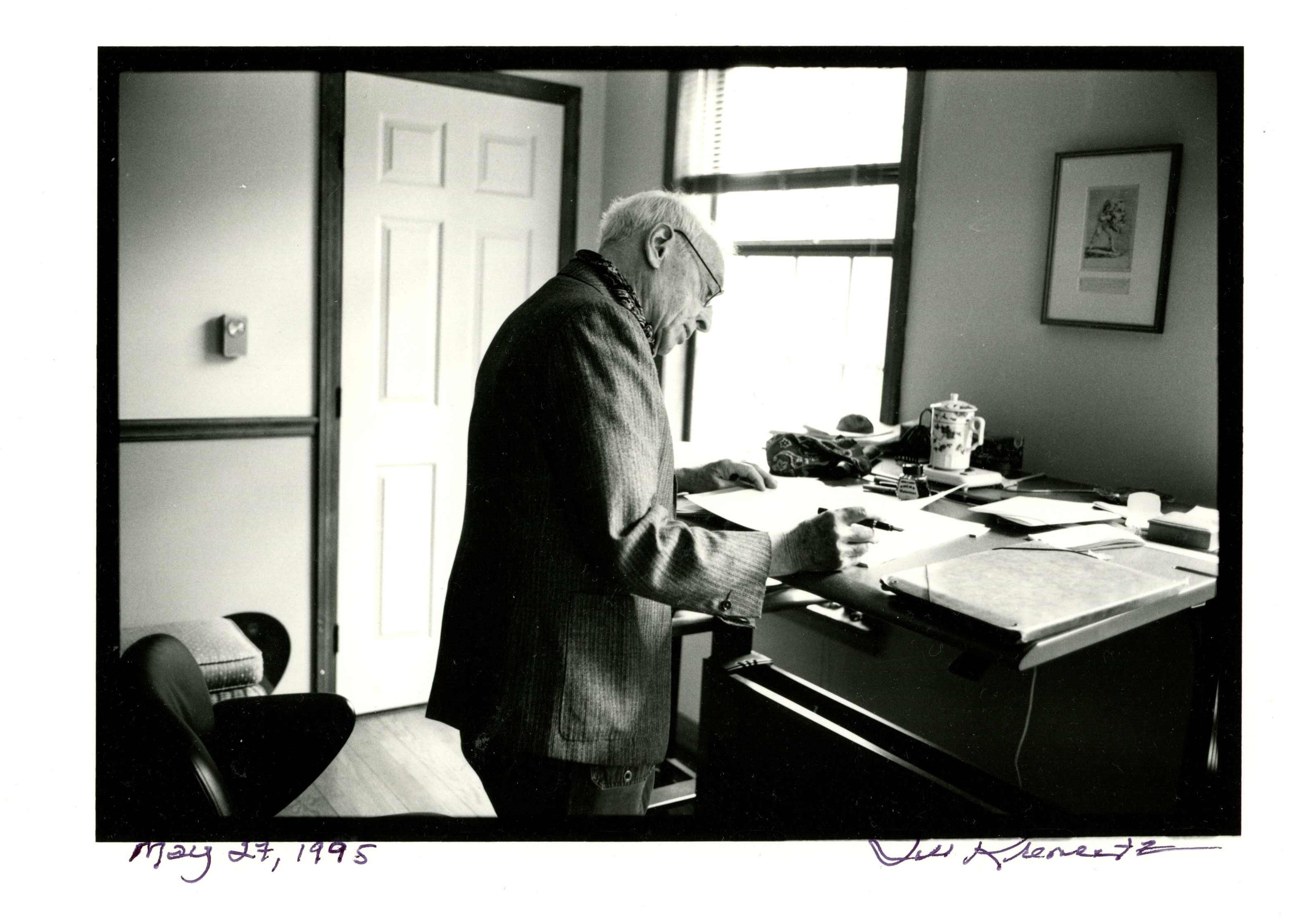 For most of his adult life, Saul Bellow was the most acclaimed novelist in America and winner of, among other awards, the Nobel Prize in Literature, three National Book Awards, and the Pulitzer Prize. The Adventures of Saul Bellow is the first-ever documentary film on Bellow, the man described by critic James Wood as the "greatest of American prose stylists in the 20th century." Director Asaf Galay (The Muses of Bashevis Singer) delivers this documentary about this legendary author who was one of the most acclaimed chroniclers of post-war American Jewish life. Galay intelligently weaves a chronological study of Bellow’s oeuvre with an intimate portrait of the writer’s inner life and relationships. Bellow's revolutionary impact on American literature is examined, as are his many identities as a writer, polemicist, 'serial husband,' father, Chicagoan, Jew, and American. According to Philip Roth, one of the many people interviewed, what was liberating about Bellow’s fiction compared to other Jewish writers was that he just presented Jews as they were rather than trying to honour or defend them. Similar insights by writers such as Salman Rushdie and Martin Amis make this compulsory viewing for Bellow fans.

NOTE: This film is available for streaming in California