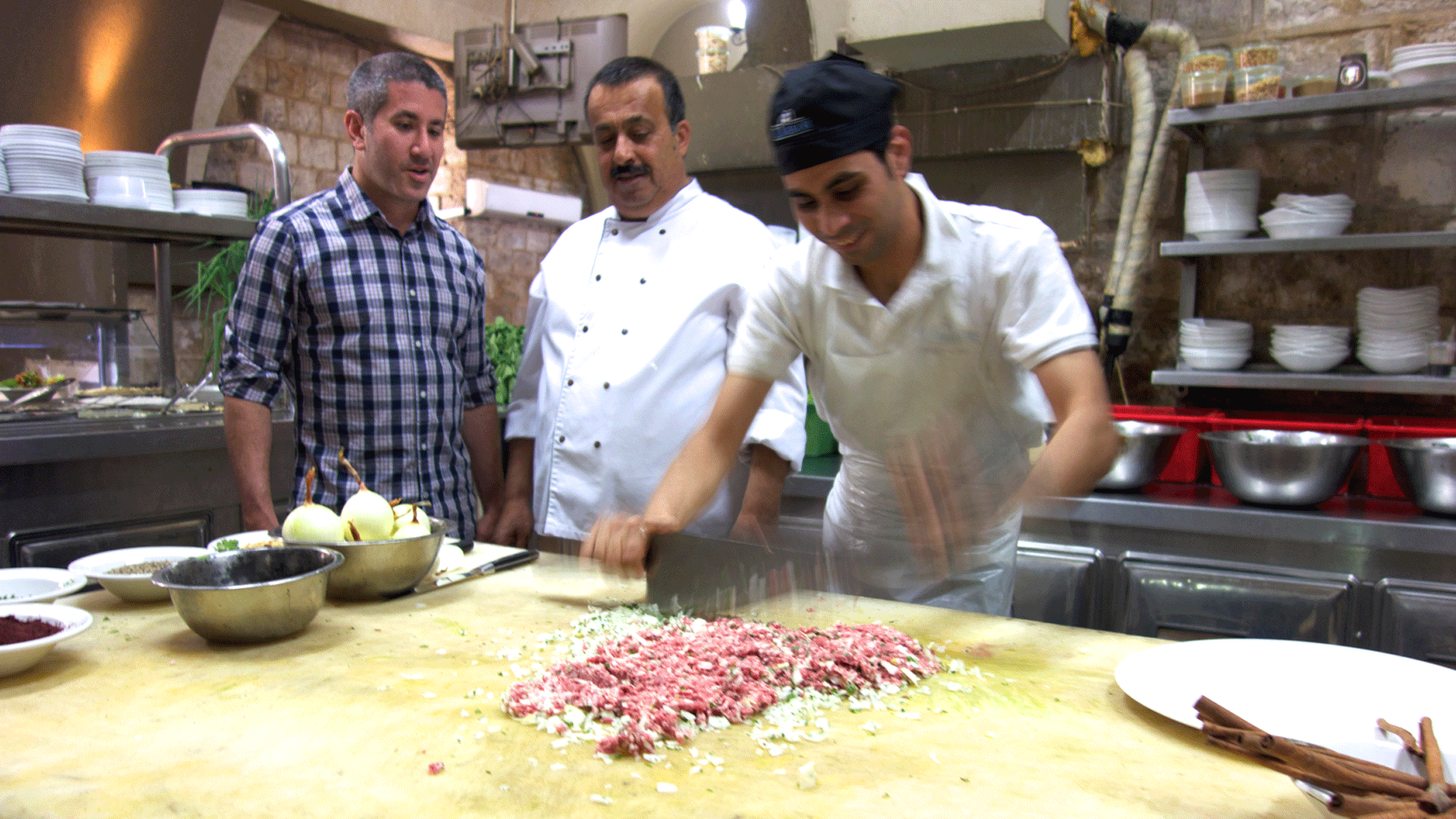 What is Israeli cuisine? Michael Solomonov (Zahav: A World of Israeli Cooking, 2016 James Beard Cookbook of the Year) explores a diverse world of food drawn from more than 100 cultures. Chefs, farmers, vintners, fishermen, cheese makers and home cooks discuss their roots and show their specialties that both preserve and update traditional recipes using global inspiration. Through the 1970s most recipes were bland and ingredients mediocre. As immigrants came to Israel they brought new and traditional ideas and flavors, and people began to be more adventurous in what they ate. Jews were introduced to Arab cuisine, resulting in both a mutual appreciation and frustration of the cross-cultural culinary influences. Solomonov, born in Israel but raised in the U.S., goes to local farms and visits people's kitchens to taste and learn about regional cooking differences. He asks what makes a meal kosher and sees how Shabbat dinners are changing. He shows how ancient agricultural methods and high-tech agronomy now influence the way the world eats. Uniquely and lovingly prepared shakshuka, boreka, maqluba, the Palestinian kibbe el babour, couscous, surprising seafood dishes and a kugel that challenges expectations are just a few of the irresistible dishes shown being prepared. Solomonov's self-deprecating sense of humor and deep knowledge of local food traditions make him the perfect guide. Warning: This movie will make you hungry!