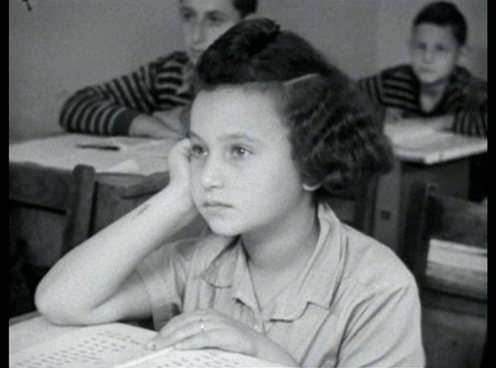 Also available for streaming from Amazon

With one surviving photo of Regina Jonas, documentary filmmaker Diana Groo reconstructs the life of the world’s first female rabbi. The film poetically explores the pleasures and chaos of Weimar and post-Weimar Germany with archival images ranging from avant garde cabarets to the 1936 Olympics. Born in Berlin in 1902 Jonas led a life of devotion to Judaism, humility and faith. After World War I the suffragist movement brought hope for equal treatment for women in Germany. Jonas, the daughter of an orthodox peddler, was a gifted teacher devoted to the children and families of her community. She grew up in Berlin and studied at the liberal College for the Scientific Study of Judaism. Her studies led her to the rabbinate, but as a woman she was forbidden by religious orthodoxy to be ordained. As German rabbis emigrated or were deported, the need for religious leadership in Berlin became acute. During the Nazi era and World War II, her sermons and her unparalleled dedication brought encouragement to persecuted German Jews. Jonas was murdered in Auschwitz in 1944. Actress Rachel Weisz provides the poignant, soft-spoken voice of Regina in the winner of this year’s Hungarian Film Critics Award. West Coast Premiere Free Matinees are generously provided by the Bernard Osher Jewish Philanthropies Foundation of the Jewish Community Federation and Endowment Fund