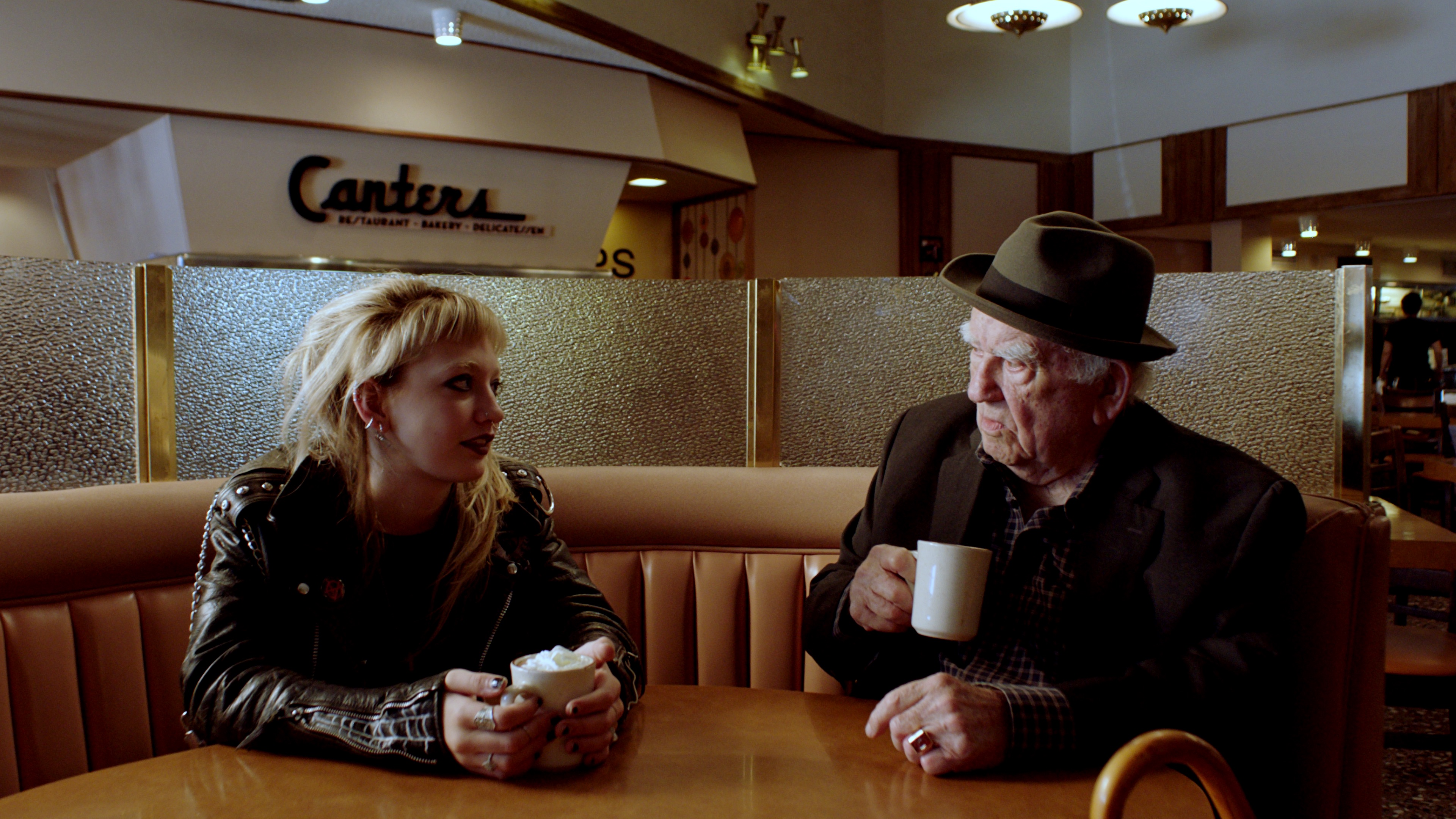 An unlikely friendship between a troubled, homeless teen, and a Holocaust survivor, sparks larger questions of ignorance, fear, lies, family, love, forgiveness and our divided world at large in this moving story. Tired of her neglectful mother choosing her boyfriend's comfort over her welfare, 14 year old Casey is a deeply angry but naive teenager ready to burn the world down with her simmering hostility. Thinking she may fare better with her absentee father, she journeys to meet him, his wife and their 3 daughters, but loses her nerve when she overhears them talking badly about her at the train station. Feeling abandoned, she roams the streets of Los Angeles with only the clothes on her back. It's her distinctive leather jacket bearing the mark of a swastika, that captures the attention of thoughtful senior Samuel. Taking refuge in a Jewish cemetery to sleep, Samuel happens upon her when visiting the grave of his beloved wife and tentatively strikes up a conversation. Mistrustful, but hungry, Casey accepts his offer of food and a safe place to sleep and refresh. Having been taught by her mother that the Holocaust was a fiction, she is surprised to learn that Samuel experienced this history firsthand and that his children were murdered in the camps. Following through on a promise made to his deceased wife to erase the lingering hate in his heart, Samuel makes it his mission to befriend the misguided teen. For if he can forgive her, he can master his anger, and if she can forgive herself, she can be free. To top it off, this engaging film stars multiple Emmy Award winning actor, Ed Asner in a once-in-a-lifetime performance.

Preceded by the short film The Tattooed Torah, narrated by Ed Asner.

Tell the Truth and Run: George Seldes and the American Press is being presented for free. Please RSVP.

Sponsored by Nancy and Stephen Grand

NOTE: TIGER WITHIN and THE TATTOOED TORAH are geo-blocked to the San Francisco Bay Area. TELL THE TRUTH AND RUN is available to watch anywhere.