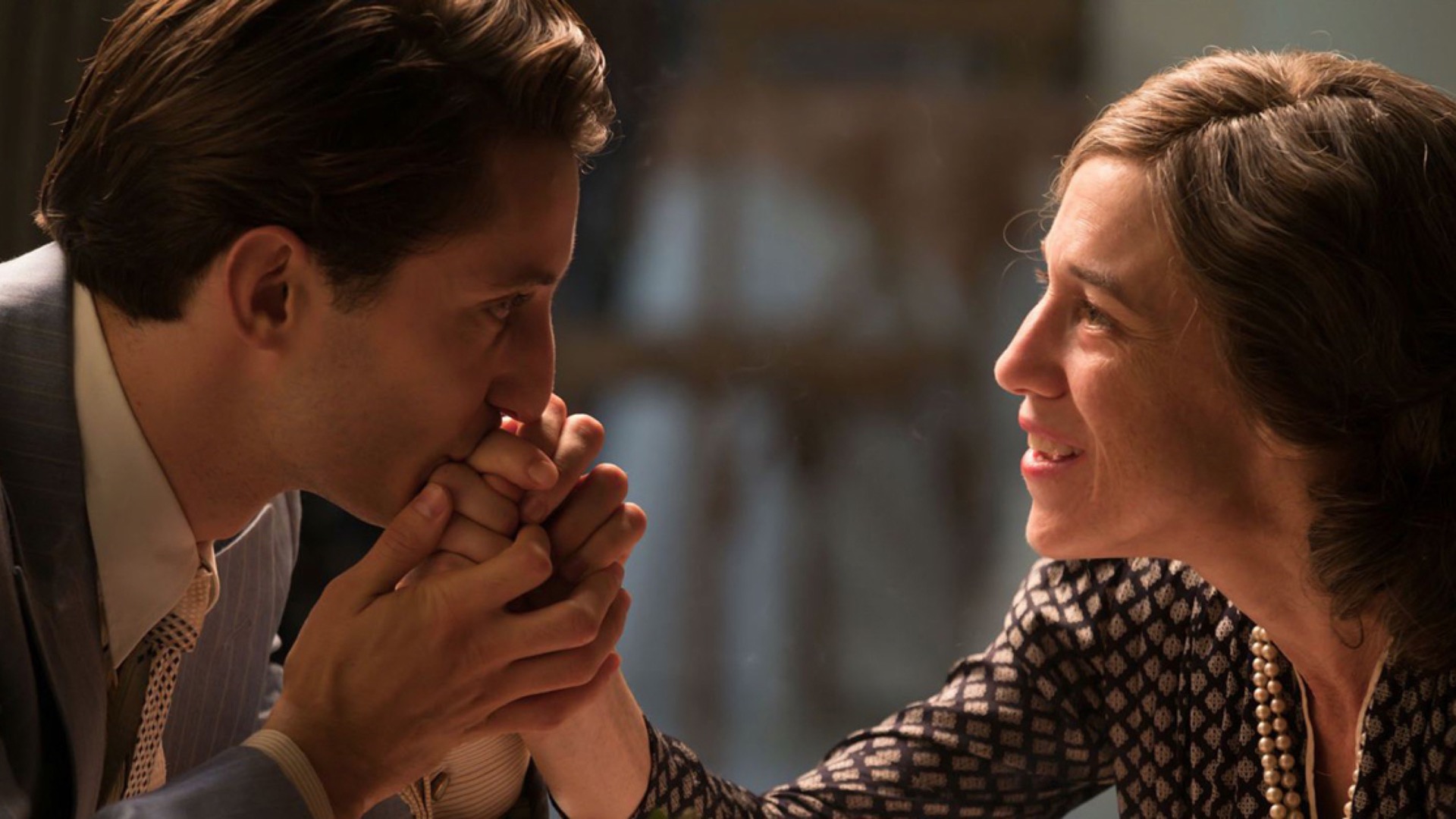 Born in 1914 Vilnius, the late Lithuanian-French writer and diplomat Romain Gary was called many things in his life: a fabulist, a poor Jew, a literary genius, a born statesman. In this French biopic, an adaptation of his autobiographical novel of the same name, we see Romain first and foremost as the son of a fervent single mother, Nina (Charlotte Gainsbourg), whose ambitions for him are darkened by their inherent narcissism. After he is beaten by a crowd of boys, her honor besmirched, she threatens, “The next time anyone insults your mother I want you to come home in a stretcher . . . even if they break every bone in your body!”

This admonition encapsulates a feeling of weighty obligation that overlays the whole film. How can this boy ever satisfy the expectations of his mother, who, when he fails to become a virtuoso violinist, demands he become the next Victor Hugo? When Nina moves them west to France, we see both the value and the price of her grandiose dreams, which Romain takes on as his own. On its way to a tragic end, this epic drama transports us to another world and makes us consider where the self we imbibed from our parents ends and our own self begins. —Ilana Sichel

Eric Barbier, born 1960 in Aix-en-Provence, from 1979 visited the prestigious Institut des hautes études cinématographiques (IHDEC) in Paris, where he made several short films. There he also met directors and screenwriters Eric Rochant and Arnaud Desplechin. After earning his diploma at the (IHDEC) in 1984 he worked on Rochant's short film Comme les doigts de la main. During this time he was also involved as an assistant for commercials by directors Howard Guard and Tony Scott. In 1991, he directed Hell of Hell, which thematized the life of Polish immigrants in the coal mines during the 1930s in northern France, which won the coveted Jean Vigo Prize for Best Director.